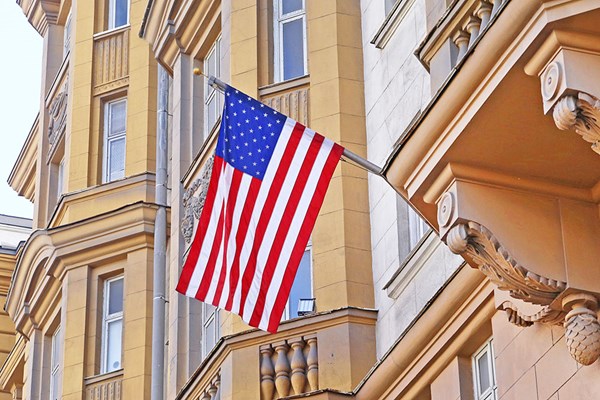 American diplomats in Russia could not get into the embassy house in the Serebryany Bor for two days, as stated by the US diplomatic mission, Interfax reports.

“That's right, we were denied access, both yesterday and today,” said Maria Olson, the Press Secretary of the Embassy in response to the request to confirm the messages that US representatives cannot get into the building.

She added that the diplomatic mission staff couldn’t get into the dacha to pick up their personal things left there. Olson also said that she did not know anything about whether access to the storage room at Dorozhnaya Street was open.

On July 27, the US Senate agreed on a bill on new sanctions and was ready to send it for signature to President Donald Trump. On July 28, the Ministry of Foreign Affairs of the Russian Federation responded by saying that they were withdrawing a summer residence from Washington and demanded that the American diplomatic staff be reduced before September 1. At the same time, access to the US Embassy dacha in Serebryany Bor and the storage room at Dorozhnaya Street had to be suspended from August 1.