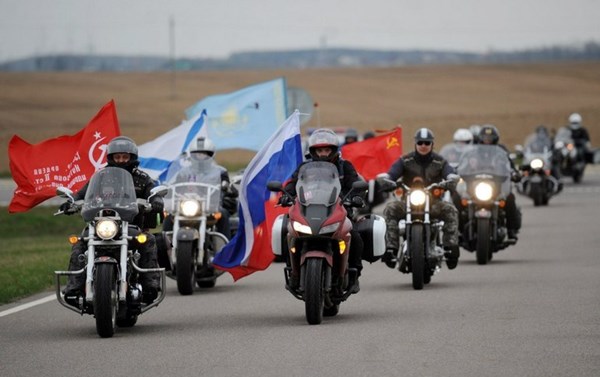 "This year, our action ("Victory Roads - to Berlin ") is developing in the same dramatic way as in previous years. Today I have information that our column headed from Kaliningrad to Braniewo, was stopped," - He said at a press conference in Brest, reports Sputnik-Belarus.

According to Zaldostanov, the Polish border guards checked the license plate of each motorcycle to find Night Wolves members, and turned them away from the border.

The Russian bikers have been facing similar problems since 2015. This is already the third consecutive year that they could not cross the Belarusian-Polish border.

On April 30, Night Wolves met with journalists in the building of the Consulate General of Russia in Brest (Belarus). During a press conference, the club's leader, Alexander Zaldostanov (aka Surgeon), said that the main column practically had no chance to enter the EU.

Later it was reported that when Night Wolves left Brest, they were allowed into Poland. Belarusian TUT.by news web site wrote that a group of Russian bikers from the Night Wolves Motoclub managed to enter Poland via the Brest checkpoint.

Zaldostanov later stated that only 9 motorcycles crossed the border, most of them with European license plates from Poland, Germany, and Slovakia, as well as one motorcycle with a Russian license plate.

After that, the bikers continued to move along the route of the motocross “Victory Roads - to Berlin”: Moscow, Smolensk, Minsk, Brest, Warsaw, Wroclaw, Budapest, Bratislava, Prague, Dresden, and Berlin.