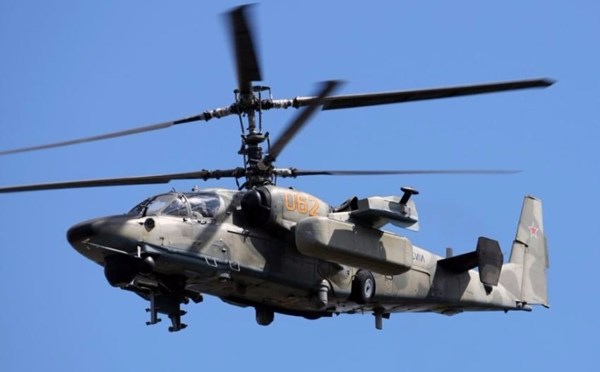 The Estonian Ministry of Foreign Affairs issued a note of protest to the Russian Ambassador in Tallinn over an incident on Thursday in which a Russian military helicopter allegedly violated Estonian airspace. The episode occurred near the village of Vaskarnava near the Russian-Estonian border.

The helicopter did not attempt to contact Estonian air traffic controllers.

The Russian Defense Ministry denies the allegations. “On February 18th, Army helicopters did not fly in the area,” the Ministry’s press service stated.

Russian paratroopers are currently participating in training exercises in the Pskov region near the Estonian and Latvian borders. A total of 2,500 Russian servicemen and 300 pieces of military hardware are involved in the exercises that began on February 15th and last until February 20th.

The episode on Thursday in Estonia is the latest in a series of airspace violations by Russian aircraft. In November of last year, a Russian Su-24 bomber was shot down over the Turkish-Syrian border by a Turkish F-16 fighter. Ankara accused the Russian plane of violating Turkish airspace, but Moscow denies the allegations. The incident has led to a souring of relations between Moscow and Ankara.