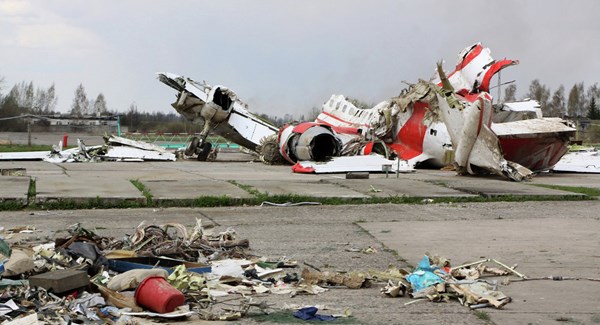 The wreckage of the plane that crashed near Smolensk that killed Polish President Lech Kaczyński in April of 2010 will not be handed over until the investigation concerning this criminal case is complete, as was reported by the official representative of the Investigative Committee of the Russian Federation, Vladimir Markin.

"Of course, the wreckage of the plane contains evidence of the criminal case and cannot be given back to Poland until all investigations have been completed, this is in accordance of the Criminal Procedure Code of the Russian Federation and international legislation," he said.

Markin explained that the Investigative Committee (IC) has worked in close collaboration with the Polish Military Prosecution throughout their investigation. According to him, the departments have established a closer relationship during this period. Poland has also sent the IC a large number of requests for legal assistance, which require investigative acts and examinations.

"Representatives of the Ministry of Defense of Poland might just not know such basic things, of course, so before making public statements they had to ask their colleagues, Polish prosecutors, so as not to appear as clowns," Markin stated.

The Polish Minister of Defense, Antoni Macierewicz, called the plane crash "a terrorist act".  According to him, the action was directed at depriving Poland of people who had led the country to independence. 96 passengers lost their lives in this catastrophe. Investigations are being conducted by both the Polish Prosecution Office and Russia.

Earlier, under the supervision of Jerzy Miller, the Polish Commission for the investigation of aviation incidents considered that "the cause of the accident was the descent below the minimum altitude at an excessive rate in weather conditions which prevented visual contact with the ground, as well as a delayed execution of the go-around procedure." The report also stated that the crew did not want to land and, after reaching an altitude of 100 meters, had decided to go on autopilot.