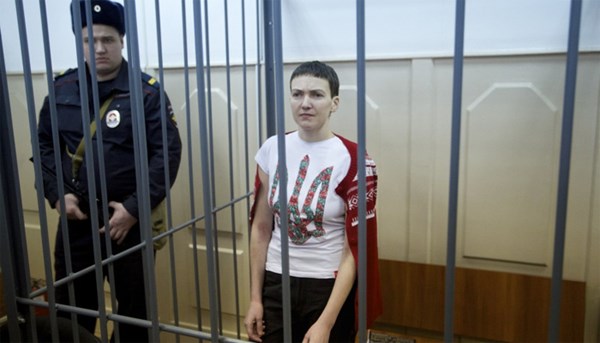 Russian Foreign Minister Sergei Lavrov said that doctors will not be allowed to examine Nadiya Savchenko in the midst of her dry hunger strike because of her behavior in court on Wednesday, Ukrainskaya Pravda reported.

According to the press service of the Russian authorities, this information was conveyed during a phone conversation between Lavrov and his Ukrainian counterpart Pavlo Klimkin.

During the phone call, Klimkin raised the issue of allowing doctors to examine Savchenko after six days of depriving herself of food and water.

"Klimkin stated that the Russian side had taken steps to satisfy the request for Ukrainian physicians to examine Savchenko as an exceptional case, based on the principles of humanism," read a statement issued by the Russian Foreign Ministry.

"The judge of the Donetsk City Court, who deals with the criminal proceedings against Savchenko, was willing to give Ukrainian doctors access to the defendant on March 9th," the statement added.

"However, the behavior of Savchenko throughout the course of the day at the trial and the offensive language used in her address to the court changed the situation by making it impossible to implement such a visit,” the Russian Foreign Ministry stated.

The Russian press release also said that Savchenko’s health "is not serious".

During the court proceedings on March 9th, Savchenko gave the judge the middle finger.