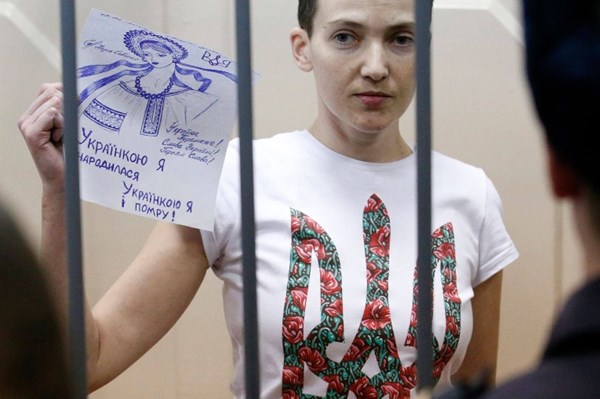 On Saturday, Russian Ministry of Foreign Affairs spokeswoman Maria Zakharova stated that the question of transferring Nadiya Savchenko to Ukraine will not be discussed until after the court has made its decision.

On the program "Vesti on Saturday with Sergey Brylev" on the TV channel Russia 1, Zakharova was asked to comment on the issue of a potential deal with Ukraine that would see the transfer of Savchenko and several other political prisoners currently being held in Russia.

“This is not an issue for now and it won't be until the court has made its decision,” Zakharovna responded.

According to her, "despite any pressure exerted on the Russian judiciary and Russian public opinion, the court proceedings will be finished and the sentence will be announced… Now it's court's turn to act.”

Commenting on the words from Washington that Savchenko's detention by the Russian Federation violates the Minsk Agreements, which stipulates that prisoners detained in the course of the conflict must be released, Zakharova said that "the Minsk Agreements concern only two parties of the conflict in the Ukrainian crisis… Those agreements apply only to Kiev and the Donbas. That's all.”

On March 9th, Ukrainian President Petro Poroshenko said he was willing to use his constitutional right to make an exchange for Savchenko.

Last Friday, the press service of the Russian Ministry of Justice reported that the agency will respond to the request of Kiev within one month.