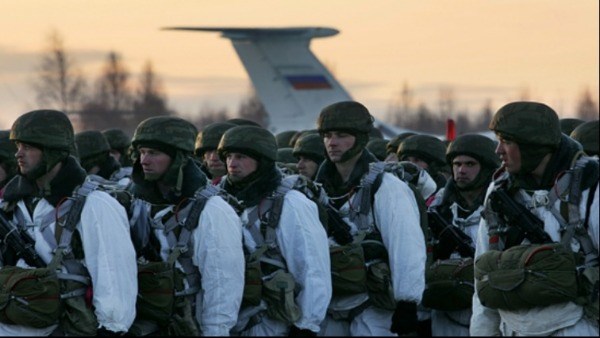 Russian airborne troops will hold a large-scale exercise in the Pskov region near the Estonian and Latvian borders, as reported by Radio Svoboda. According to the Russian Ministry of Defense, the exercises will be held from the 15th to the 20th of February, and will involve 2,500 paratroopers and 300 pieces of military hardware.

The announcement comes after last week’s surprise inspection of Russia’s Southern Military District and subsequent training exercises in southern Russia and the Crimea, in which a total of 8,500 servicemen, 900 pieces of military hardware, 50 ships, and 200 aircraft participated.

The Russian military conducted a large number of exercises in 2015, the largest of which was the “Center 2015” drill held in September and included 95,000 soldiers, 7,000 pieces of military hardware, 170 aircraft, and 20 ships. Eastern European countries have expressed concern over the growing number of military exercises held along Russia’s eastern border, and NATO has made it clear that it is especially concerned with Russia’s “hybrid threats”.