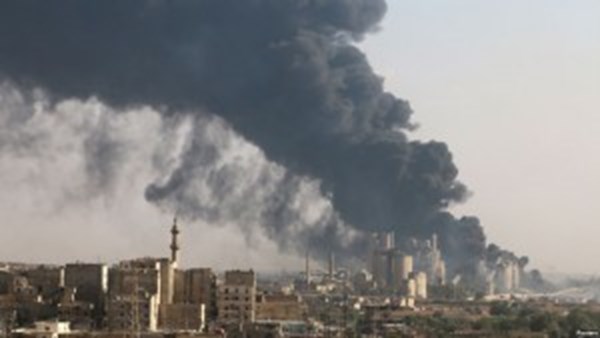 At least 14  people were killed on December 4, as a result of airstrikes on the northwestern parts of Syria's Idlib province. This was reported by Radio Liberty, citing representatives of the Syrian Observatory for Human Rights.

Earlier, a representative of the of the Syrian Army, Samir Suleiman, told the Associated Press that Bashar al-Assad's forces offered the rebels to leave the besieged areas of Aleppo. According to him, the government forces have reportedly taken over 50 districts in the eastern part of Aleppo that were previously held by the rebels.

“We will continue our offensive until the stability and security are restored in all the areas of Aleppo, including such historic areas as Old Aleppo,” the representative of the Syrian Army stated.

The eastern part of Aleppo has been besieged by the Syrian government forces since July. The areas are experiencing shortages of food, fuel and basic medical supplies.