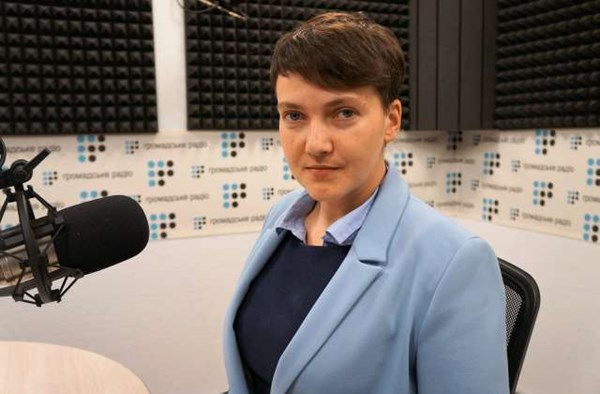 Nadiya Savchenko’s political party will run in the parliamentary elections in Ukraine. The Ukrainian politician stated this in an interview with the Polish edition of Krytyka Polityczna.

"My political party will participate in the parliamentary elections... The party will be called "Nadiya Savchenko's Public Platform," she said. Describing her party, Savchenko said that it "will help dismantle the unhealthy political system that was created 25 years ago, rebuild the architecture of the state, and give people the chance for a comfortable existence."

In addition, Savchenko has once again confirmed that she is ready to run for president of Ukraine. "I'm ready to take on the responsibility for the country and nominate myself for the presidential elections," she said.

Answering the question about her rating being lowered, Savchenko stated that she does not trust published figures. "I do not know where you journalists are getting these numbers ... Me and my image are two different things. I have gauged the level of the support for me by walking the streets. At first flowers were thrown at me, but I asked them not to do it. There was a period when stones were thrown at me," Savchenko said.

Earlier Ukrainski Novyny (Ukrainian News) reported that the political movement "Nadiya Savchenko's Public Platform" was formed on the basis of the political party "Nastup." Savchenko had led the party named after her since mid-April.

Savchenko has repeatedly stated that she is ready to lead Ukraine should her party be victorious in the presidential elections. At the same time, in answering the question about her readiness to be the president of Ukraine in February, she noted that she does not have a huge desire to lead the country. "I do not want to [be the president], but I can. I will, if it's necessary," she said.