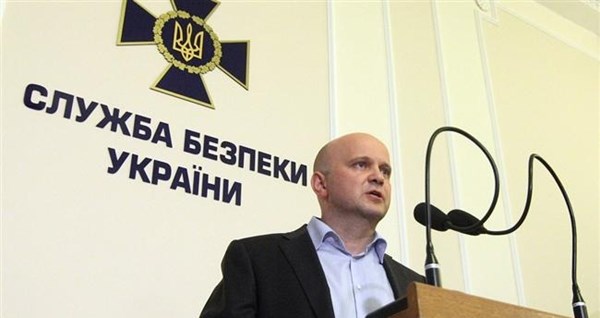 According to Yuriy Tandit, the Adviser to the Chairman of the Security Service of Ukraine (SSU), 128 Ukrainian prisoners are being held in the breakaway regions of eastern Ukraine and on Russian territory, as reported by UKRINFORM.

"The list that we submitted (during the negotiations of the Trilateral Contact group in Minsk - Ed.) includes 128 names. It includes not only our people in Donetsk and Luhansk, but also those who are on the territory of Russia," Tandit said.

He noted that women and wounded are among those being held captive. Some on them are in critical condition.

According to the SSU adviser, the Ukrainian delegation in Minsk, along with the International Committee of the Red Cross (ICRC), insisted that the ICRC be allowed to examine the prisoners. The pro-Russian separatists, however, refused to allow the Red Cross to visit the POWs.

At the same time, Tandit expressed confidence that the prisoners will be freed. "We need to go further. The main thing is that there is some hope and that since January some exchanges of prisoners took place. Those exchanges were conducted in the format 4 to 8 once, 4 to 8, 3 to 6 and 1 to 4,"  he said.

The Ukrainian authorities do not disclose information pertaining to prisoner exchanges in advance so as not to jeopardize them. The head of the SSU, Vasyl Hrystak, personally supervises these exchanges, Tandit explained.