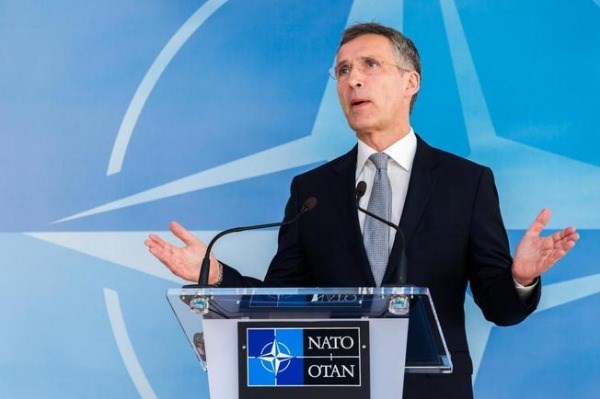 Commenting on the results from the NATO-Russia Council meeting that took place on April 20, the Secretary General of the North Atlantic Treaty Organization, Jens Stoltenberg, stated that there are deep divisions between the Alliance and Russia and the meeting didn’t change the state of affairs. However, according to him, the discussion was sincere despite the different views of the parties.

In particular, Stoltenberg noted that Russia and NATO have different views on the conflict in the Donbas regarding both the facts and interpretation of events. According to the Secretary General, the Russian party tried to depict the confrontation as civil war.

“Many allies (NATO members) tend to disagree when Russia tries to depict it as civil war. Russia destabilizes eastern Ukraine, provides support, ammunition, money, equipment to separatists and also provides command and control functions,” Stoltenberg stated. The Kremlin continues to support separatists in the Donbas, so a special responsibility for implementation of the Minsk Agreements rests with Russia, Stoltenberg believes.

He expressed grave concern at the increasing number of ceasefire violations in eastern Ukraine. The Secretary General also stated that the Alliance doesn’t recognize the annexation of Crimea by Russia. This was the first time the NATO-Russia Council held a meeting since June 2014. Stoltenberg expressed his hope that the NATO-Russia Council will continue to meet. However, a date for the next meeting wasn’t scheduled.