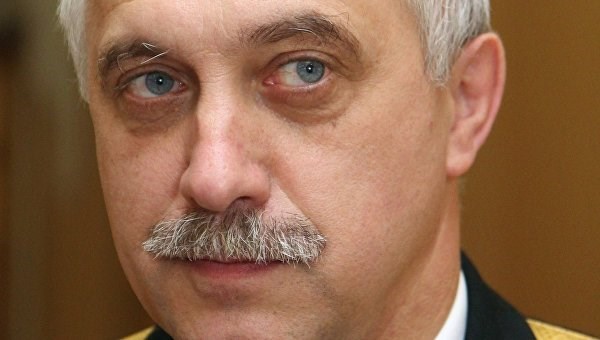 On the 22nd of January, the Deputy Head of Russia’s FSB Border Service, Admiral Gennady Medvedev, accused Ukraine of violating the Russian State border and carrying out provocative actions. According to Medvedev, actions of the Ukrainian Naval Forces in the Black Sea pose a real threat to the security of maritime economic activities of the Russian Federation. Medvedev noted that Russian Security Services jointly with the Russian Navy curb such activities.

According to him, Ukraine allegedly crossed the Russian State border and Ukrainian citizens carried out provocations. “The fact that there are still real threats to security of maritime economic activity in the Black Sea requires serious attention. On the 31st of March 2016, one of the vessels of the Ukrainian Naval Forces carried out provocative actions by opening fire with automatic small arms on the Tavrida jack-up drilling rig located in the Black Sea,” the Admiral said.

The Deputy Head of Russia’s FSB Border Service stated that it is about Hetman Sahaydachniy frigate and Pochaiv diving support ship – fire was allegedly opened from this vessel. In 2014, Russia seized two jack-up drilling rigs Petro Godovanets and Ukraine. In December 2015, the State Border Guard Service of Ukraine reported on illegal movement of two drilling rigs in the Black Sea.

The Ministry of Foreign Affairs of Ukraine said the movement of drilling rigs and Tavrida oil-extracting platform in the Black Sea by Russia was essentially looting. He demanded the return of the property. The Russian Federal Security Service sent Ametist patrol ships to the displaced drilling rigs.

In early autumn 2016, Ukrainian border guards recorded illegal activities of Russian warships. The incident took place on the 7th of September in Karkinit Bay in the territory of the Black Sea between north-western coast of the Crimean peninsula and mainland Ukraine.

The crew of the Podolia, a Ukrainian coast-guard vessel, which inspected the territory in the area of Ukrainian gas deposits witnessed Russian aggression.