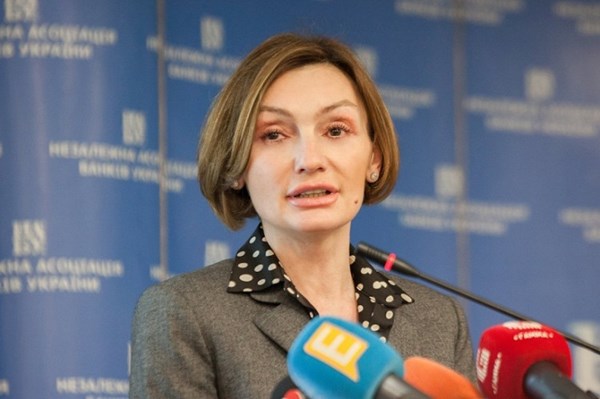 Banks that are partly owned by Russia should be able to “calmly and without panic” withdraw from the Ukrainian market where they have no future, the Deputy Chairman of the National Bank of Ukraine (NBU), Katerina Rozhkova said in an interview with Minfin web site.

“There is no development for Russian banks here. This should be clear to everyone. On the other hand, as a regulator, we believe that the exit from the market should be civilized. No one should get bricked. Let the banks have the opportunity to leave the market quietly and without panic,” stressed Rozhkova.

According to her, the regulator has not yet received complete packages of documents from buyers of Sberbank's “daughters” or affiliated undertakings. Regulators plan to conduct all necessary inspections within three months.

The remaining banks that Russia is invested in include Prominvestbank, VTB, BM Bank and VS Bank. Ukrainian authorities have imposed sanctions on all of them. Rozhkova said that they already have potential buyers. “They do not cross passes. But we do not have official notifications from any of them. Perhaps in the process there will be something to change,” the Deputy Head explained.

She did not deny the possibility that Russian banks would be unable to find buyers for their Ukrainian affiliates. She said would have to simply pay out to customers and give back licenses. “The question is whether there will be enough liquid assets. This is normal for all Russians,” Rozhkova said.

The day before, on April 26, the head of VTB Bank, Andrey Kostin said that the Kiev first made it necessary for Russian banks to withdraw from Ukraine. Now it continues to hamstring the process of withdrawal from the market.

The First Deputy Chairman of the VTB, Vasily Titov told reporters on that same day that the bank already has proposals to buy its assets in Ukraine but so far they are “not satisfied” with VTB. Titov emphasized that VTB will undertake “no abrupt movements” to avoid harming the business and customers who trust the bank.

In late January, the head of the National Bank of Ukraine, Valeriya Gontaryeva said in an interview with Novoye Vremya that shares held by Russian banks in the Ukrainian market have declined from 15% to 8% in recent years. According to Gontaryeva, problems with banks with Russian capital appeared because they actively credit Donetsk and Lugansk regions.

Currently, there are seven banks with Russian capital that operate in Ukraine: two Sberbanks (Sberbank Ukraine and VS Bank), two VTB (VTB Bank and BM-Bank), Prominvestbank (controlled by Vnesheconombank), Alfa Bank (included in Alfa Group) and Forward Bank, of which Russian Standard Bank is an actioner.

Latvia intends to supply weapons to Ukraine
Erdogan invites Putin and Zelensky to Turkey ‘to settle differences’
Russia deploys multiple rocket launcher systems and sets up military camp in Belarus 200 km from Kyiv
Iranian president calls on Putin to fight back together against the U.S.
Russia vows to stop U.S. 'from taking over Ukraine'
Great Britain sends shipment of advanced anti-tank weapons to Ukraine
Canada deploys special forces to Ukraine
Deploying troops to Ukrainian borders has cost Russia almost $10 billion
U.S. and Europe abandon the idea of disconnecting Russia from SWIFT
Estonia prepared to host 5,000 NATO soldiers
Germany: disconnecting Russia from SWIFT will have a nuclear bomb effect on world markets
Poland: Russia can attack Ukraine in the coming days
Lukashenko announces joint exercises with Russia to counter Ukraine and the West
Sweden increases military presence on Gotland island due to Russia's activity in the Baltic Sea
Russia moves Iskander missile systems from Siberia to Ukrainian border
EU launches investigation after Russia’s Gazprom reduces gas supplies to Europe
Lavrov: discussion about withdrawal of Russian troops from Ukrainian borders is out of question
Russia threatens to deploy nuclear missiles to Venezuela after failed talks with NATO on security guarantees
NATO Secretary General speaks about threat of war after talks with Russia fail
French intelligence: Russia has 3 scenarios for invading Ukraine