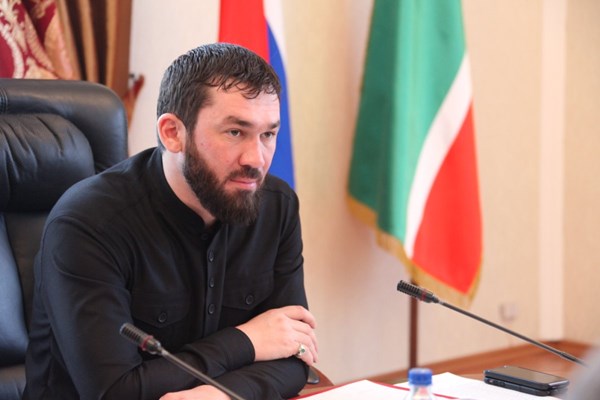 The speaker of the Parliament of Chechnya called the Human Rights Watch report ‘cheap slander’ and stated he welcomed an investigation. Earlier, the human rights organization accused him of being involved in the prosecution of gays in the republic.

The Speaker of the Parliament of Chechnya, Magomed Daudov, commented on the report by the human rights organization, Human Rights Watch (HRW), on his page on Instagram, accusing him of being involved in the prosecution of gays in Chechnya.

"Yes, I am totally against that, because I think it is a sign of degeneration in any nation!” - writes Daudov. "That's why the corrupt zealots of ‘human rights’ are trying to accuse me of an assault on those whom we have never had!"

"I want these ‘truth-seekers’ to know that I do not raise a hand against defenseless people, even if I despise them," he notes.

The Speaker of the Chechen Parliament called the report of HRW, ‘cheap slander,’ and added that he is ready to investigate this case. “I am ready for any investigative proceedings with you as a citizen of Russia. But as a Chechen I just despise you!” he concluded, addressing the authors of the report.

On May 26th, HRW published a report stating that the Speaker of the Parliament of Chechnya, Magomed Daudov, was involved in the torture of men detained on suspicion of nonstandard sexual orientation.

On the same day, Delimkhan Dzhamaldinov, a representative of the Secretariat of the Chechnya Parliament, commented on the HRW publication on Govorit Moskva (Moscow Speaks) news outlet. He stated the report was only ‘journalists' conjectures’ and that the Speaker of the Chechen Parliament is not going to discuss it.

"The media writes whatever they like," said Jamaldinov, explaining that, in his opinion, there is no need to ‘react to everything.’ "We don’t care a dime what some European hatchet men write,” he concluded

Previously, Novaya Gazeta reported on Daudov’s involvement in the persecution of Chechen gays. The Press Secretary of the head of Chechnya, Alvi Karimov, commenting on the publication of Novaya Gazeta, called it ‘an absolute lie’. "It’s impossible to detain and oppress someone who simply does not exist in the republic", he stressed.

Later Ramzan Kadyrov himself, during a meeting with Russian President Vladimir Putin, called the publication of Novaya Gazeta a ‘provocation.’