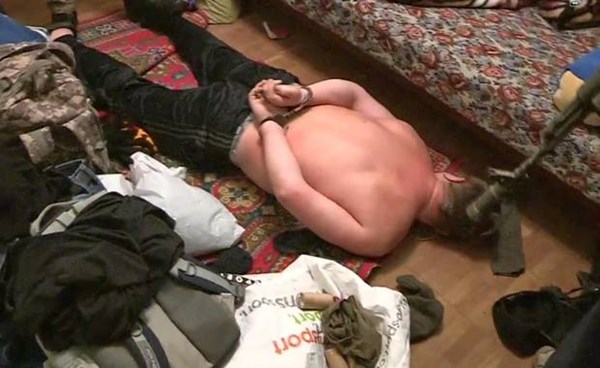 The Kremlin learned about the arrest of Russians from the media.

Earlier, as a result of a special operation in Kyiv, one Russian citizen was killed and two others were arrested according to Ukraine's Security Service.

The Kremlin has no information about the detention of Russian citizens during a special operation in Kiev. This was announced by Dmitry Peskov, Press Secretary for the Russian President, reports TASS (Russian News Agency).

“No, we don't have all the information. All we know is what was reported by the media and we do not have any detailed information,” Peskov told journalists.

In addition, the Russian Embassy in Kyiv has verified the arrests and has requested additional information from Ukranian officials.

“To date, the Russian Embassy in Kyiv has not received any official notification from the Ukrainian side about the arrests of Russian citizens, as reported in the media," TASS was told by the embassy.

Earlier, Speaker of the SBU, Elena Gitlyanskaya, reported that the activities of a group of saboteurs operating in Kiev and other Ukranian cities had been contained. This group consisted of five people, two of whom are Russian citizens and three have Ukrainian citizenship. All of them were detained. The leader of the organization was a citizen of Ukraine.

According to the SBU, during a special operation in the Obolon district, a Russian citizen was shot dead. He was returning fire with automatic weapons and wounded two officers of Alfa Special Forces before he was fatally shot. One of the wounded officers passed away as well. The name of the deceased Russian has not been released.

Earlier this year, on August 18, the SBU indicated Alfa had detained five Russian citizens in Kiev for their involvement in international terrorism.