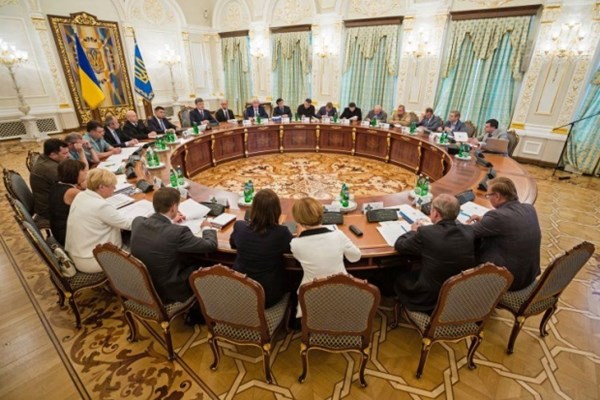 The National Security and Defense Council (NSDC) postponed consideration of the draft bill on the restoration of sovereignty in the Donbas because of the necessity for additional consultations, reported the Deputy Chairman of the People's Front faction in the Verkhovna Rada, the Chairman of the Parliamentary Committee on National Security and Defense, Serhiy Pashynsky.

"The consideration of the draft bill has been postponed. It requires additional consultations," he said. NSDC Secretary Oleksandr Turchynov expects that the bill will be registered in the Rada in early September after consultations with Ukraine’s international partners, particularly with those from the Normandy format (Ukraine, Germany, France and Russia), as well as with the US and NATO.

"The law is ready. But there is also the President’s instruction regarding consultations with our strategic partners and it was implemented at the NSDC meeting. First of all, it concerns the states-participants in the Normandy format, the United States and those NATO partners who are mentioned in the content of this law... I hope that after appropriate consultations, the law will be submitted to the Verkhovna Rada in early September," Turchynov said.

Turchynov had recently stated that it was necessary to finish the ATO (Anti-Terrorist Operation) in Ukraine and to proceed to a new format of defending the country from hybrid war with Russia. President Poroshenko, in turn, explained that a draft law on the reintegration of the Donbas was developed that provides for a number of measures to return the separated territories and that determines their legal status.