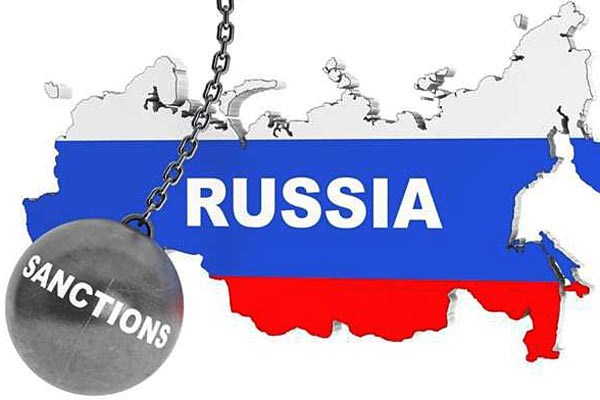 The National Security and Defense Council (NSDC) of Ukraine instructed the Cabinet of Ministers of Ukraine, the Security Service of Ukraine (SBU), and the National Bank to make proposals on expanding the list of persons subject to sanctions in connection with aggression by the Russian Federation, as stated by NSDC Secretary, Oleksandr Turchynov, Interfax-Ukraine reports.

"The United States and the EU have decided to impose new sanctions against the Russian Federation, and we cannot ignore these initiatives by our strategic partners. That’s why the initiators, in accordance with legislation, which are the Cabinet of Ministers, the SBU and the National Bank, were instructed to make proposals," Turchynov said at a briefing after the NSDC meeting on Monday.

According to him, as soon as these proposals are submitted, the NSDC will make decisions on expanding the list of personal, special, economic, and other restrictive measures against individuals and legal entities of the Russian Federation.

Previously, US President Donald Trump ruled out the lifting of sanctions against Russia until the issues in Ukraine and Syria are resolved.