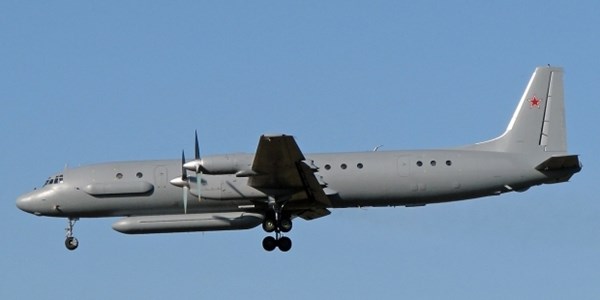 The press service of the Ministry of Defense of Lithuania reported that Lithuanian fighters intercepted a Russian aircraft on two separate occassions last week.

On February 17th, fighter jets were scrambled from the Siauliai Airbase to intercept a Russia IL-20 transport plane heading for Kaliningrad. Two days later, the same aircraft was intercepted and esorted by Lithuanian fighters on its way back to mainland Russia.

According to the Ministry of Defense of Lithuania, the Russian IL-20 adhered to the route that was previously agreed on. However, the transport plane flew with its flight transponder switched off, which is the device used for receiving and sending signals.

Last week, Russian paratroopers participated in training exercises in the Pskov region near the Estonian and Latvian borders. A total of 2,500 Russian servicemen and 300 pieces of military hardware were involved in the exercises that began on February 15th and lasted until February 20th.

Last week's episodes in the Baltic States were the latest in a series of airspace violations by Russian aircraft. In November of last year, a Russian Su-24 bomber was shot down over the Turkish-Syrian border by a Turkish F-16 fighter. Ankara accused the Russian plane of violating Turkish airspace, but Moscow denies the allegations. The incident has led to a souring of relations between Moscow and Ankara.