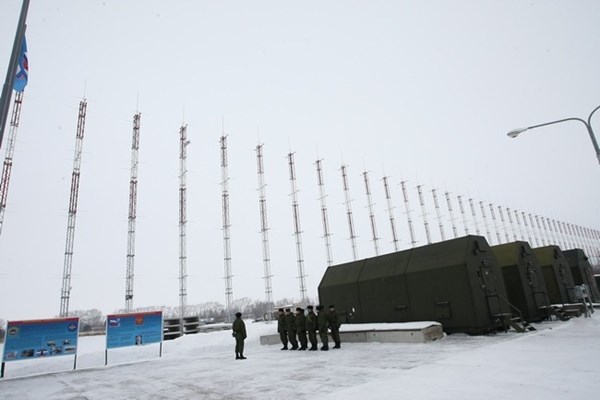 In 2017, the Russian Federation Navy plans to acquire several Podsolnuh radars that will be deployed to the Baltic and Black Seas, Interfax reported.

"These new radar stations will be able to control the 200-mile coastal zone," an informed source told Interfax.

He added that one Podsolnuh will be deployed in the Baltics and another in the Black Sea.

In June, the concern RTI, which is developing the Podsolnuh stations, officially informed Interfax that the company is planning to supply the Ministry of Defense with several radars in 2017.

Also, a new modification of the over-the-horizon radar station Podsolnuh is being developed for the Russian Navy with improved control of the coastal zone, and greater protection from interference.

"We are developing a radio location station Podsolnuh-C. This will be a modernized version of the previously created similar radar stations," the CEO of the open joint stock company Scientific-industrial complex of the Scientific-research Institute of distant radio communication (NIIDAR, a part of the RTI), Alexander Miloslavskiy, told Interfax in November.

The Podsolnuh radar station is able to control the 200-mile coastal zone. The radar can simultaneously detect, track and classify up to 300 naval and 100 air objects beyond the radio horizon, determine their coordinates and provide complexes and systems of the armament of ships and air defense systems with targets data.

The developers said that in comparison with the previous versions of this type of radar, the Podsolnuh-C will have a wider working range and more effective protection against interference.