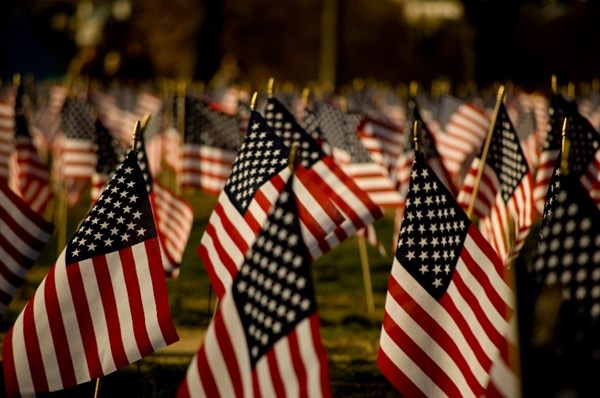 There is no question that this year’s presidential election is a consequential phenomenon that will compel the social sciences to revisit their understanding of human motivation and behavior. Many around the country and indeed the world, are asking, how did political science get everything so wrong in the 2016 election? Others are pleased with the results and rejoice conspicuously, or not. Yet there remains a part of our collective family that fear the uncertainty of the moment, and the ominous possibilities of the future. It is to this audience, of which I place myself, that I hope to provide my processing of what has transpired as encouragement.

Every four years, Americans engage in a tug of war for the soul of America through a presidential election process. We get to decide who we want to be; not only to ourselves, but to the rest of the world. This struggle has defined the American liberal democracy since its inception. Although political parties largely inform the general public of where candidates stand, the message, the tone, and direction of the country is generally set by the presidential contenders. Still, we cannot overlook the presupposed social overtones and undertones that fuel sentiments which are used to either uplift and unite the country or to depress and divide. This election season, more than any in my lifetime, has demonstrated this clearly. The social back drop from which all domestic and international positions are taken consist of unresolved issues of: race and equity, gender and women rights, as well as GLBTQA rights (not comprehensive of the list but should suffice). So the question is, which side of the schism did the victory of Donald Trump lie?

There is no question that the ostensible message and tone of the Trump campaign calibrated the most negative of sentiments in our society. It put the virtues of respect, honor, love, and positivity, that we are taught as children to value, on the stage of public opinion to be utterly defiled by resentment. That the Trump victory symbolized an utter repudiation of establishment politics is true, but what was the cost, and what are its implications? The answer to these questions contain my deepest grievance, not the fact that a Republican defeated a Democrat. As a black naturalized son of white adopted parents, I am confounded with trying to make sense of the abuse and devaluing of humanity and morality taking place every day. For me, the election of Donald Trump is this brutality of humanity and morality manifested. It is a reminder that progress is incremental, arduous, and never secured in our democracy. It appears that the tug has regrettably pulled back in the direction of depression and divide, symbolized in the preference of vice over virtue. Yet there remains something left for us to hold on to. That is (I hope), the knowledge that we’ve been here before. This is not new territory in the sense that progress has always been a give and take in America. It has always been the ultimate tug of war for the soul of America. For the strong, brave, and resilient souls of history, these moments serve as a reminder that the fight for humanity and virtue is not complete. It lays bare the magnitude and nature of the beast, but also serves as a junction to reflect on progress; no matter how incremental it may appear. It is in this that I take solace.

This is not to suggest that we settle for incrementalism or vice over virtue in our democracy. Quite the contrary. I see this as a time to reflect on the victories that have been won in the name of progress. It is a somber notion to think that the countless deaths of men, women, and children, over the course of history in the name of progress were in vain. I hope to remain vigilant of the task at hand in this perpetual tug of war over the soul of America, and still celebrate victories that I am made aware of that fall on the side of progress.