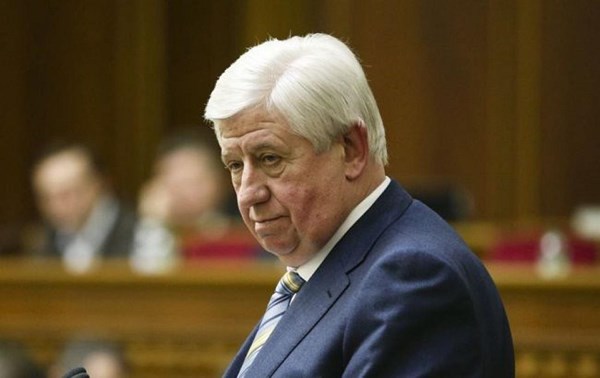 Transparency International Ukraine, a non-profit organization, says that Victor Shokin, Ukrainian Prosecutor General, in cooperation with the top individuals of the government authorities have been trying to exert control over the Ukrainian anti-corruption bodies in order to make them work in their own interests.

The statement was made on November 2 in a press release published on the organization website.

Victor Shokin has nominated Yuri Sevruk, Yuri Grishchenko, Roman Balitu, Nikolay Sadovoy as members of the committee with the intention of creating an anti-corruption prosecutors office.

"These are the same people who held senior positions under former President of Ukraine, Viktor Yanukovych," - writes Transparency International.

“The doubts about these individuals to lead an independent anti-corruption campaign have been expressed by the EU Ambassador to Ukraine, the Parliamentary committee for prevention of corruption,  the general  public and the media”  states  TIU in the press release

According to the Transparency International Management Board, Shokin has been attempting to create "a puppet anti-corruption authority",   which is illustrated by his unwillingness to implement viable anti-corruption reforms.

It is almost guaranteed that in case of the collapse of the launch of these bodies the EU will refuse to provide Ukrainian citizens visa free entry.

This is stipulated by the EU visa liberalization procedures.

According to the non-bank credit organization, Victor Shokin and the country's top officials in Kiev, have silently supported  the media  smear campaign to discredit the representatives of the reformist wing of the General Prosecutor's Office.

The main targets of this campaign have become the partners of the Arzinger law firm, Sergei Shkliar, Deputy Justice Minister and Vitaliy Kasko, Deputy General Prosecutor.  Not surprisingly Vitaliy Kasko is the front runner for the position of the Anti-Corruption Prosecutor General.

The media has been reporting that supposedly Arzinger law firm represented the interests of Rosneft and also had ties with the Active Solar Corporation engaged in the construction of solar farms.

These were the companies involved in the development of green technologies under the regime of the ousted president, Victor Yanuckvich.

The media alleges that the company’s fraudulently received land and equipment avoiding duties and  tax payment.

The law firm Arzinger denies all allegations of corruption.