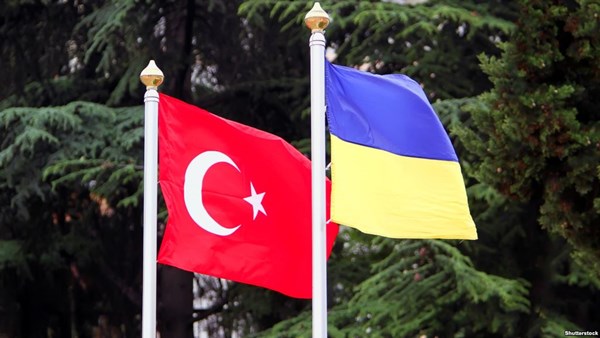 Turkey has officially introduced a visa-free policy with Ukraine which allows holders of state issued ID-cards to enter the country instead of general civil passports. The official policy text was published in Resmi Gazete (Official Government Gazette of the Republic of Turkey).

According to the new rules, citizens of Ukraine and Turkey who use the ID-cards instead of passports will be able to cross the Ukrainian-Turkish border without visas and stay in the country for up to 90 days during a 180-day period.

As the Chairman of the State Migration Service of Ukraine, Maksym Sokoliuk, notes on his Facebook page, Turkey recognizes the ID-cards that came to replace domestic Ukrainian passports as a travel document for crossing the border with Turkey. He explained that now Ukrainians can go to Turkey without a foreign passport.

Sokoliuk also stated that at this time, the Ukrainian Foreign Ministry has not received a diplomatic note from Turkey indicating the exact date effective date of this policy. He added that it would be sent within one or two weeks.

Ukraine and Turkey have signed agreements between the Ukrainian Cabinet of Ministers and the Turkish government on introducing a visa-free policy between the countries during Prime Minister Volodymyr Groysman’s official visit to Turkey, as the government portal reported on March 14th.

On Wednesday, May 17th, representatives of Ukraine and the European Union signed a document introducing a visa-free regime for Ukrainian citizens to enter Europe. The cancellation of the visa requirement will take effect 20 days after the publication of the document in the Official Journal of the EU, which is anticipated in early June.

Ukraine has become the third out of the six Eastern Partnership countries for which the EU abolished the visa requirement. The first two are Moldova and Georgia. A visa-free policy has been in effect in Moldova April 2014 and in Georgia since March 2017.