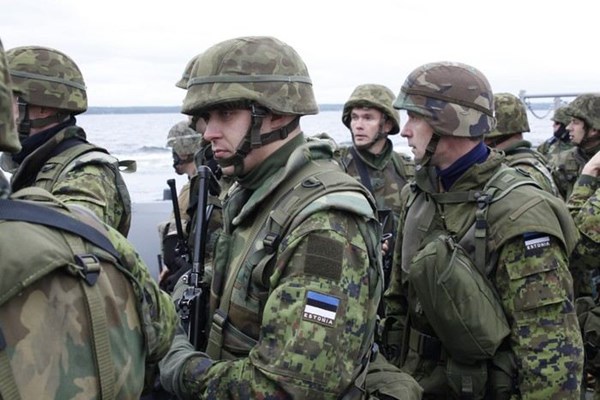 Ukraine and Estonia are considering the possibility of holding joint military exercises in 2017. This was discussed during a meeting between the Ukrainian Defense Minister, Stepan Poltorak, and his Estonian counterpart, Hannes Hanso, which was held in Kiev on the 24th of August. This was reported by the press service of the Defense Ministry.

“The General of the Army of Ukraine, Stepan Poltorak, discussed the importance of the development and continuation of cooperation between the defense ministries of the two countries, especially with regard to the issues of holding joint military exercises next year. These would be held with the participation of the servicemen of Ukraine and Estonia,” the statement said.

It was reported that during the visit, Hanso visited one of the military units of the Armed Forces of Ukraine where Ukrainian military personnel were being trained by Estonian instructors, and expressed satisfaction with what he saw.

“Trust and fraternal relations have been built between us. This is a long-term project in terms of the exchange of experience as we continue to learn a lot from you as well. In the future, we will consider providing training for the Ukrainian officers and we will consider taking part in the joint international exercises,” Hanso said.

During the meeting, the ministers also discussed the future direction of cooperation, especially with regard to the assistance of the instructors who will train the Ukrainian military, the participation of the Ukrainian Armed Forces in the international joint exercises of the military command, as well as providing treatment at the best Estonian clinics for wounded Ukrainian soldiers.

The National Security and Defense Council Secretary, Oleksandr Turchynov, had previously said that Russia will hold large-scale military exercises near the borders of Ukraine in the near future.