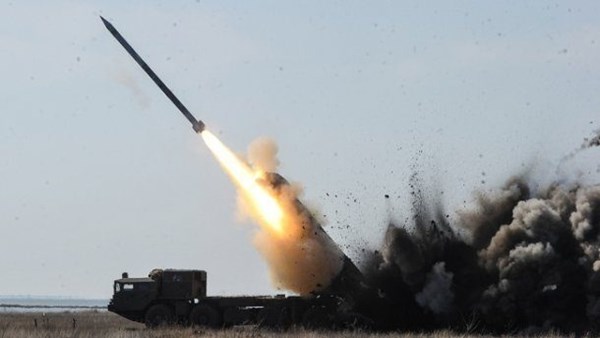 The Ukrainian State Design Bureau, Luch, reported another successful phase of the Vilha (Alder in Ukrainian) missile system tests. It was indicated that this system is superior to the Tochka-U missile system (with a maximum range of 120 km) in its technical and tactical characteristics.

All of the components for the production of Vilha are Ukrainian, including a new control system, new rocket fuel system, and a new warhead. One of its features is its missile control system, which provides for the missile's flight adjustments with the help of impulse engines. The missile is also capable of carrying various combat warheads depending on the purpose, according to the Facebook page of the Luch Design Bureau.

Ukraine has been carrying out tests like this since the spring of last year. A year ago, on March 22, 2016, the high-precision Vilha missile of the Smerch multiple rocket launcher system underwent its first successful test. The 300mm Vilha shell is being developed by the Yuzhnoye Design Office in Dnipro while the State Design Bureau, Luch, in Kyiv is in charge of the missile’s control system which includes inertial navigation and GPS correction systems.