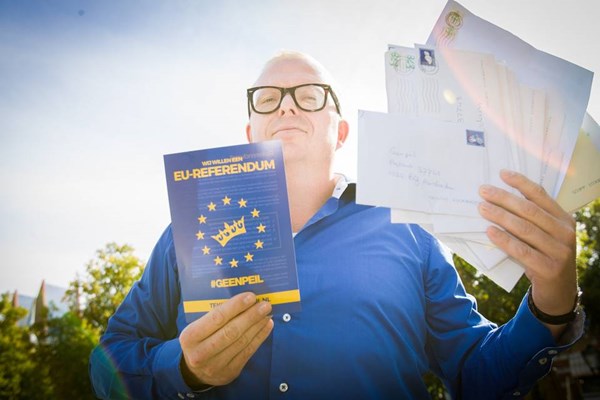 Dmitry Kuleba, the Ambassador-at-Large for Strategic Communications at the Ministry of Foreign Affairs of Ukraine, stated that Ukraine is still losing in the Referendum on Association with the European Union, which is scheduled for April 6th in the Netherlands. Hromadske reports that according to the ambassador, the Dutch are confused about the referendum and Ukraine’s membership in the EU.

Kuleba remains optimistic. "The dynamic is positive and the number of those who would vote against the Association gradually decreases. And we are working to reach a positive result," he said. In his opinion, the opponents of Ukraine on the Referendum are using a substitution of concepts. "In the Netherlands they are spreading the idea that it is not an Association Agreement but a Membership Agreement," Kuleba explained.

The European Commission intends to submit a proposal for a visa-free regime for Ukraine after the Referendum in the Netherlands. The Electoral Council of the Netherlands has appointed a Referendum on the EU-Ukraine Association Agreement on the 6th of April, 2016. 30 million euros were allocated to organize the event.