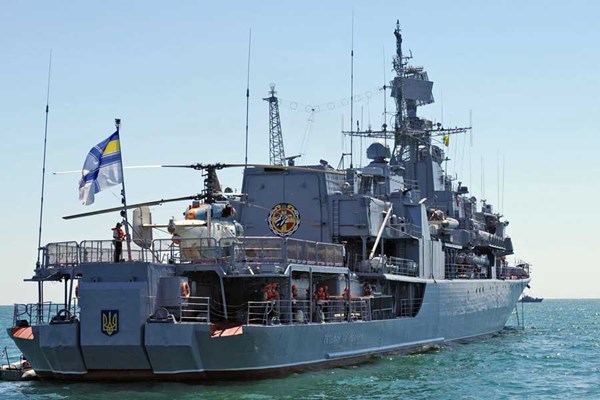 NATO countries can transfer ships released from active duty that will suit Ukrainian needs to the Ukrainian Naval Forces, using a variety of payment plans. Commander of the Ukrainian Navy Ihor Voronchenko discussed the possibility during a broadcast on Ukrainian "Channel Five".

"Groups of negotiators from Ukraine have departed for discussions. One group of Navy officers has already returned; I do not have the right to name the country, but the group has returned from abroad, and as a result one positive solution is already under consideration. We are preparing a second group for September, " said the Commander.

He noted that Ukraine’s partner countries "consider this a long-term issue."

According to Voronchenko, Ukraine is a transit country, which must ensure "peaceful sailing for all vessels in the Black Sea." With this in mind, Ukraine cannot manage without at least “Henichesk” minesweeper, remarked Voronchenko. "Several options were discussed, and we decided that based on the resources that we have, we will be able to buy a mine-sweeping complex. At the same time, we will continue the process to acquire ships for the coastal zone," he added.

Ihor Voronchenko became commander of the Ukrainian Navy in July 2016. Voronchenko has identified the restoration of the technical condition of fleet’s ships to be one of the top priorities for the Navy in 2017.