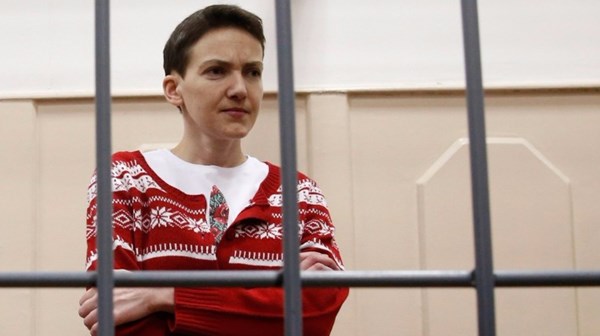 On behalf of Ukrainian President Petro Poroshenko, Ukrainian Ambassador to Germany Andriy Melnyk appealed to the German government to send doctors to examine Nadiya Savchenko, who has been on a hunger strike for the last week in a Russian detention center.

“On behalf of President Poroshenko, we appeal to the German side with the request to send as soon as possible Nadezhda Savchenko doctors from Germany,” Melnyk wrote on Twitter.

On Wednesday, Russian Foreign Minister Sergei Lavrov said that doctors will not be allowed to examine Savchenko because of her behavior in court on March 9th, in which she gave the judge the middle finger.

Savchenko has been charged with the murder of two Russian journalists. It is widely believed that Savchenko was in fact captured by Luhansk People’s Republic (LPR) separatists in eastern Ukraine and was illegally transported to Russia, where the case was fabricated against her.

On March 10th, Ukrainian President Petro Poroshenko asked Savchenko to consume liquids due to concerns over the state of her health.