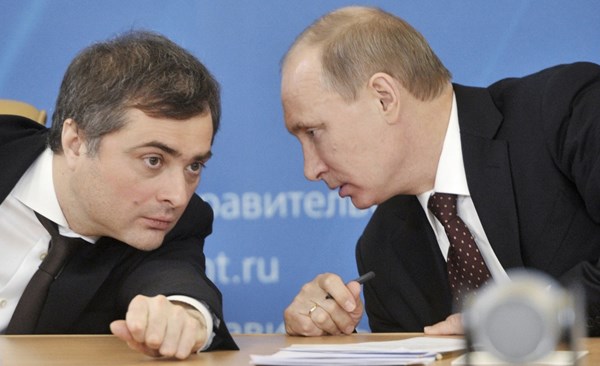 This was reported by the Chief of Staff of the Head of the Security Service of Ukraine (SSU), Alexander Tkachuk.

“On the 16th of February, Putin’s personal adviser, Vladislav Surkov, was in Donetsk.  Russia was very careful in trying to hide the preparations for his visit,” Tkachuk said.

“During his visit, Surkov received reports from the heads of local administrations of the so-called Donetsk People’s Republic (DPR).  He also familiarized himself with the specifics of the socio-political and military-political situation in the region,” he added.

According to Tkachuk, one of the matters discussed was the preparation of elections in the occupied territories.

“As a result of these meetings, Surkov made a number of decisions which will deal with personnel changes and certain political issues of the DPR.  The positions of their Minister of Foreign Affairs, Kofman, their administration manager, Leshchenko and their acting head of the city, Debaltsevo, came under attack,” Tkachuk said.

He also mentioned that Surkov visited the Lugansk region with a similar mission on the 19th and 20th of January.

"Visits by people who are so close to the President of the Russian Federation, once again show how closely Russia and the Kremlin control what is happening in the occupied territories of Donbas," Tkachuk added.

"In fact, the leadership of the puppet republic is completely under the control of the Russian Federation," he concluded.