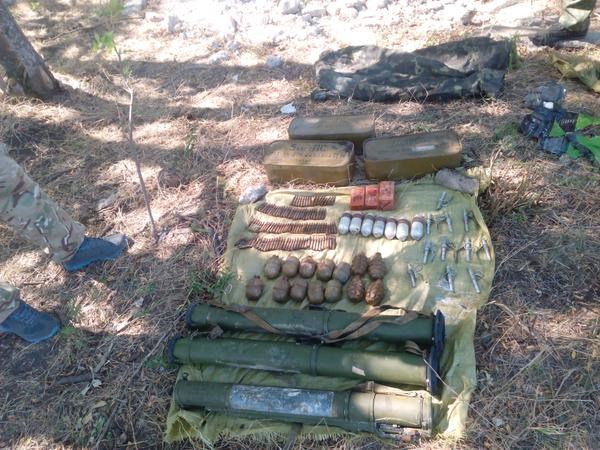 A cache of munitions was found in the city of Popasnaya in the Luhansk region which the Security Service of Ukraine (SSU) suspects was intended for a terrorist attack.

Employees of the SSU, together with the National Guard, the police, border guards and the military conducted a large-scale special operation in the city, according to the press center of the SSU.

The purpose of the special operation was the "prevention of acts of sabotage in the city and the identification of members of illegally armed groups."

The report said that according to available information, "sabotage groups from the DPR and the LPR planned to carry out a number of terrorist attacks against ATO forces stationed in Popasnaya on the Orthodox New Year’s Eve."

During the raid almost 500 residents were interviewed. As a result, law enforcement officers arrested five people suspected of being involved with the illegally armed groups.

There was information received indicating that the cache was to be used to carry out an attack in the city. This information is currently being verified.