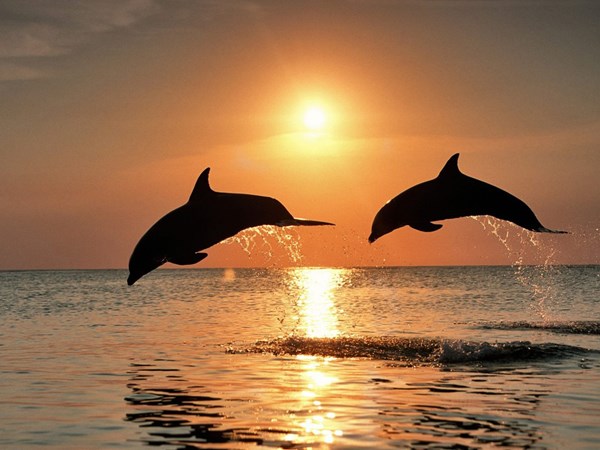 Dolphins in the Black Sea near the coast of the Crimea could be dying because of the construction of the Kerch Strait bridge and Russian military exercises on the peninsula, as suggested by a Ukrainian zoologist and dolphin expert, Pavlo Goldin, on July 11th on Radio Krym.Realii.

Lack of food and fishermen's nets are two other reasons for the mass deaths of dolphins, as indicated by the Russian ecological scientific organization, Serene Sea, which operates in the annexed Crimea.

"We find harbor porpoise calves or newborns whose teeth have not even erupted yet. These are very thin animals with a failed neck and head. This clearly points to a lack of nutrition. Very often dolphins perish when they get caught in fishing nets, they get tangled and choke. A couple of weeks ago we found a bottlenose dolphin whose tail was cut off, a clear sign that it had become entangled in a net. In order not to cut and damage the nets, the fishermen simply cut off its tail and threw it away," the experts said.

At the same time, the presence of dolphins is important for the ecosystem, experts explain. Without these marine mammals, all the fish in the sea would disappear, according to dolphin expert, Pavlo Goldin.

"When we nearly lost all our dolphins as a result of Soviet fishing activities in the 1960s, problems with fishing immediately followed. And in the late 80's, this led to a period of several years where there were almost no fish at all being caught. Even the anchovy catches were at zero," Goldin said.

Mass dolphin deaths have become more frequent in the Crimea. On June 8th a harbour porpoise with a wound on its head was found on a Kerch beach. Another six dead marine mammals were found on Balaklava beach the day before. A mass dolphin death on the peninsula was also reported in May 2017. The Russian Azov and Black Sea Inter-district Environmental Prosecutor's Office reported the beginning of an investigation into the reasons behind the mass deaths of dolphins in the Black Sea region.