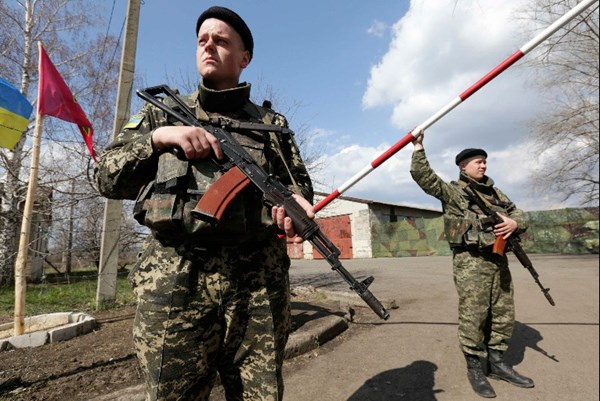 The officials from the State Border Guard Service of Ukraine believe that the Russian Federation is preparing an offensive from the annexed Crimea while continuing to building up its military presence  in the peninsula.

"The residents of the Crimea are disturbed by the dramatic build-up of Russia's military presence in the annexed territory. According to experts, the nature of the weaponry on the peninsula suggests that Russia is not preparing for a defense but for a further offensive," a video of the Ukrainian State Border Guard service states.

According to analysts, the militarization of the Crimea is a threat not only to Ukraine but also to all the countries in the Black Sea region.

"Russia has turned the peninsula into a powerful military base, and has built up a military presence on land and at sea. It periodically resorts to provocations and conducts active reconnaissance, including air surveillance," said the head of State Border Guard Service of Ukraine Viktor Nazarenko.

According to Nazarenko, Ukrainian border guards continue to observe the  flights of Russian Mi-8 helicopters and the active movement of the Russian Black Sea coast guard boats. In addition, Russian troops have resumed the use of aerostats to conduct surveillance of the positions of the Ukrainian Armed Forces.