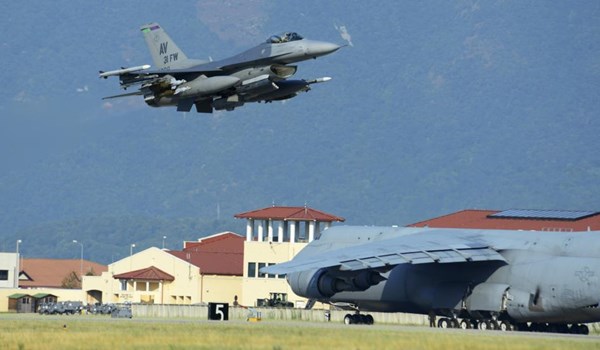 The U.S. deployed numerous military aircraft to Turkey a month ago.  The Pentagon said that the recall of 12 of these units does not indicate a change in the American commitment to Turkey or in the fight against ISIL.

Washington announced the withdrawal of a dozen military aircraft from Turkey, in particular six F-15 Eagle Fighters and six F-15 Strike Eagle bombers.  The decision to recall these units was made public less than a month after they were deployed from a base in the UK to support Ankara in protecting Turkish airspace, as well as to strike positions of the Islamic State in Iraq and Syria.

The decision to withdraw the F-15’s was announced the day after the U.S. Secretary of Defense, Ashton Carter, visited the Turkish military base, “Incirlik”.  Pentagon spokesman, Jeff Davis, said that it's just a coincidence.  He also noted that such a move does not mean there is a change in U.S. commitments to Turkey, or in the fight against ISIL.  The U.S. “Incirlik” base still has 12 A-10 attack aircraft as well as drones and flying tankers.  Six F-15 aircraft as well as several other aircraft may be relocated, said an anonymous source in the Ministry of Defense.

The recalled F-15 aircraft, according to the Pentagon, didn't make "regular departures."  However, according to experts, they strengthened the capabilities of the U.S. and Turkish Air Forces that are conducting military operations in Syrian airspace and in the vicinity of Russian aircraft.