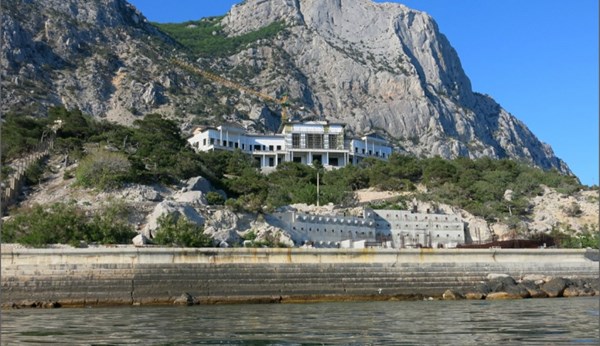 FlashCrimea reported that the unfinished mansion of the former President of Ukraine, Viktor Yanukovych, on Cape Aya in Crimea will be handed over to the Administration of the Russian President.

“We had initially planned to give the mansion to the city of Sevastopol. We had planned to complete the construction and open it as a sanatorium or a boarding house; but it has been decided that the mansion will be handed over to the Administration of the Russian President,” the Agency’s representative said.

According to the Ukrainian media, sources close to the elder son of Viktor Yanukovich indicate that the holiday estate, Cape Aya, which includes more than 18,000 acres of land, previously belonged to the State. It was purchased for UAH 6.3 million ($1.2 million at the exchange rate of 2007). Currently, construction at Cape Aya has been suspended.