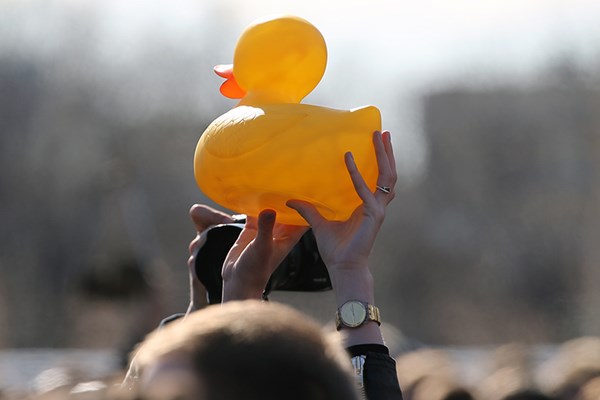 The police of St. Petersburg have recognized the yellow toy duck as a means of political agitation. This decision was taken after the anti-corruption action on June 12 on the Field of Mars, where many participants came with inflatable ducks.

The publication Fontanka reports that the protocols drawn up by the police note that some participants in the action "had a means of visual agitation in the form of a yellow toy duck." The police also seized a large inflatable duck that rally participants were passing to one another. The police intended to bring this duck to court as evidence.

10,000 people came out to the protest action on June 12 at the Field of Mars in St. Petersburg. Police detained more than 600 participants

The duck is a symbol of the of Alexey Navalny’s Anti-Corruption Fund investigation. The investigation alleges that Russian Prime Minister Dmitry Medvedev has a separate house for a duck located at his suburban residence.