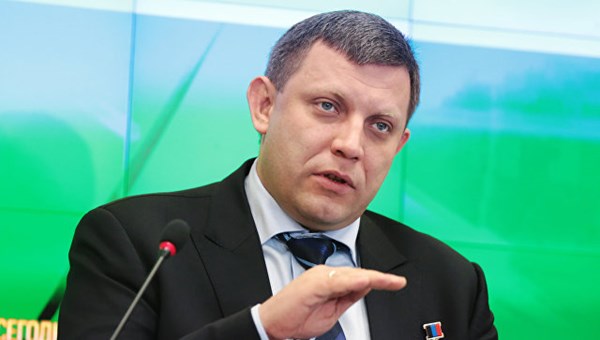 The final decision to create the Malorossiya state hasn’t been made yet, but the discussion will go on, according to a statement made by Olexandr Zakharchenko, head of the Donetsk People’s Republic (DPR) on one of the DPR’s TV channels.

Zakharchenko believes that this "initiative has caused great resonance. We did not create a new state; we suggested a discussion. But this idea requires the development of certain proposals. We’ll continue working on them." He added that some complaints were expressed concerning the name itself, as well as the proposed flag, coat of arms and location of the capital.

"In other words, final decisions have not been taken yet, but the discussion will be continued," he said.

Earlier, Zakharchenko announced the creation of the so-called state of Malorossiya that, according to him, would become the successor of Ukraine and would exist under the Hetman Bohdan Khmelnitsky’s flag. In Zakharchenko’s project, the city of Kyiv becomes a historical and cultural center without the status of a metropolitan city, while the status of the capital passes to Donetsk.

The Luhansk People’s Republic meanwhile debunked the alleged participation of their representatives at the meeting where Zakharchenko’s made his statement.

Vladislav Surkov, an aide to Russian President Putin called Malorossiya "an imaginary state." In the Kremlin, Zakharchenko's statements were called "his personal initiative."