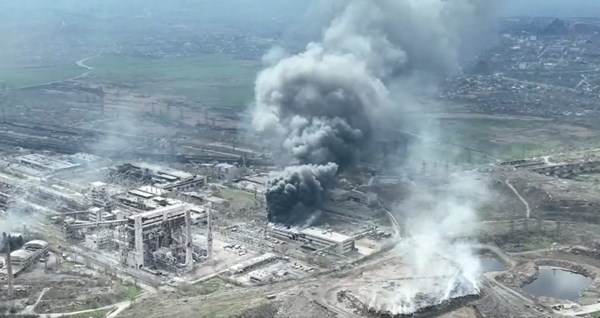 Ukraine’s richest man and owner of the Azovstal steel plant in Mariupol says he plans on suing Russia over what he said was $17 billion to $20 billion in losses caused by Russia’s bombardment of Mariupol.

Avostal and the Illich Steel and Iron Works are both owned by Metinvest and were badly damaged during Russia’s attacks on the Ukrainian port city of Mariupol.

When asked how much money the company had lost as a result of the attacks, Akhmetov responded, "The replacement cost ... due to Russian aggression is from $17 to $20 billion. The final amount will be determined in a lawsuit against Russia."

Akhmetov had already incurred significant financial losses before Russia’s invasion of Ukraine due to eight years of fighting in the Donbas.

Since Russia invaded Ukraine on February 24th, Metinvest has not been able to deliver on its supply contracts.

During Russia’s bombardment of Mariupol, Akhmetov told the Wall Street Journal, "Russian troops are turning Mariupol into rubble, killing Mariupol residents, and bombing the plants. Under no circumstances will these plants operate under Russian occupation."

As of April 2022, Akhmetov was listed as the 687th richest person in the world. He is the owner and president of the Ukrainian football club Skakhtar Donetsk.