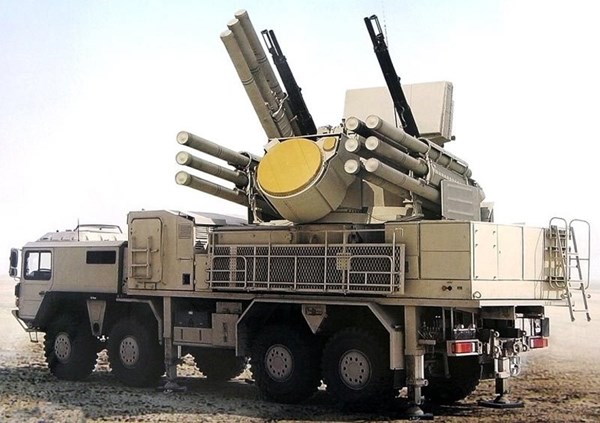 The Pantsir-S1 anti-air missile systems which are deployed in Russia’s Khmeimim air base in Syria are useless, according to the post published on the Telegram channel "Military Journalists".

A similar statement was earlier posted on Facebook by Viktor Murakhovsky, a well-known Russian military expert and editor-in-chief of the "Arsenal of the Fatherland" journal.

However, Murakhovsky deleted the post one day later, says military expert Alexey Khlopotov. The authors of the Telegram Channel believe that this shows that Russian journalists and experts are only permitted to admire Russia’s military might, but are not allowed to criticize the achievements of Russia’s military and military industry. According to Khlopotov’s personal experience, sometimes it is inadvisable even to praise Russian weapons.

The negative comments about the Pantsir-S1 systems were prompted by an article which reported a statement, supposedly made by anonymous anti-air officers in Latakia, that “in a real combat situation, the Pantsir does not justify the hopes placed on it”. The Military Journalists channel pointed out that the systems can “barely see” slow-moving and small targets such as drones, but do detect birds, which confuses the systems operators.

The sources claim that the Tor-M2U systems are more effective.

“On July 1, the first drone attack occurred, and three drones from the group were able to fly up to the Russian base and drop nine makeshift explosive devices. Immediately after the start of the attack, the Tor-M2U crew detected the targets and destroyed four drones with five ground-guided missiles at altitudes between 2.5 and 3 kilometers. Another three drones were shot down by the Pantsir-S1, but it used 13 missiles to do it,” the publication states.

The Russian Defense Ministry, which regularly publishes reports of drones being shot down over the Russian base, evidently prefers not to clarify what was used to shoot them down.

The Pantsir-S1 was developed by the Instrument Design Bureau, a subsidiary of the Rostec corporation. The Tor systems, on the other hand, were developed by Almaz-Antey, which is owned by the Russian government.

During an Israeli air strike on Iranian forces in Syria on May 10, a Pantsir-S1 was also destroyed. Russia stated that the missile system was destroyed because it was unarmed.