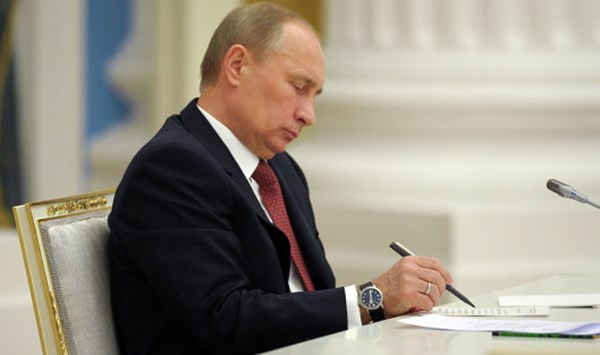 Russian President Vladimir Putin is pragmatic about changes in his ratings, he carries on doing his job without looking at these indicators, Presidential Press Secretary Dmitry Peskov told reporters.

“I would not want to exaggerate. Undoubtedly, the government’s initiative with respect to the pension reform is an extremely socially significant and socially prominent topic. It will be subject to further scrupulous clarification,” Peskov replied, when asked whether the Kremlin is concerned about the decline in the president’s ratings in connection with the government’s pension reform.

According to the president’s press secretary, at the present stage Putin is not taking part in the expert discussions on the pension reform. “Of course, the public prominence does affect the volatility of the rating indicators in one way or another, but, you know, Putin is very pragmatic about it,” he said, emphasizing that for the president the main thing is “to carry on working, fulfilling his obligations as the head of state”.

“He [Putin] never looks at his ratings in such a case, you know that the people’s interests always come first for him,” Peskov commented.

According to the Russian Public Opinion Research Center, the level of approval of Putin’s actions dropped by five percentage points in the last week, from 77.1% to 72.1%. The government’s rating fell by 3%. The achievements of Dmitry Medvedev’s cabinet of ministers was positively evaluated by only 38.5% of those polled. Sociologists believe that the decline in trust “in tandem” is related to the unpopular pension reform and the spike in fuel prices.

The Kremlin’s initiative has been met by a drastic negative reaction from the general populace, trade unions and members of the opposition. Alexey Navalny applied to hold protest rallies in 20 cities on July 1, the Yabloko and Left Front parties have planned protests in Moscow for July 3 and 4, and the Communist Party for July 28. The protests in the capital were not authorized, due to the president’s decree which prohibits mass protests during the Football World Cup.