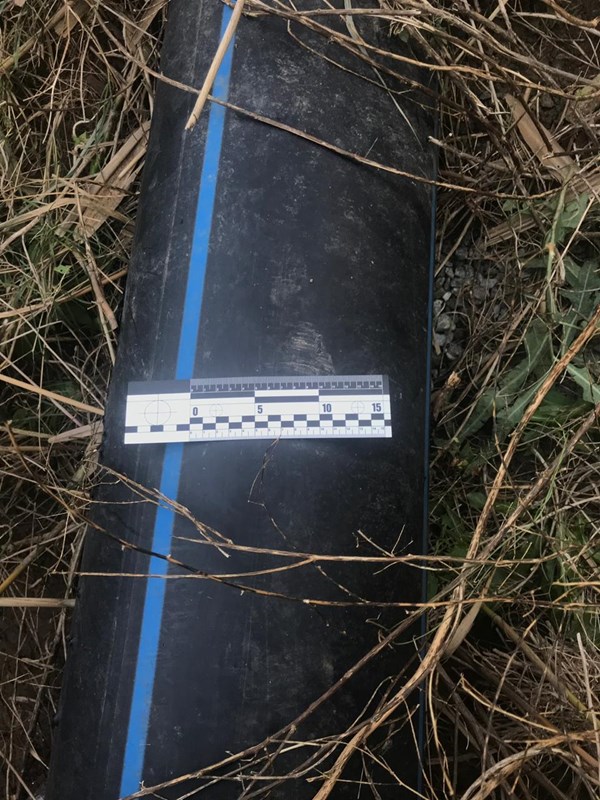 Ukrainian law enforcement officers found a clandestine water pipeline running into annexed Crimea from the Kherson region, as reported on the website of the General Prosecutor’s Office of Ukraine. The water supply well was fifteen meters away from the boundary line. According to preliminary information, a concealed plastic pipe was laid before 2014 and leads to an industrial enterprise in the Crimea.

"During the pre-trial investigation against CJSC Crimean Titan, two water supply wells in the Kalanchak region which, according to the documents were designed solely for extracting underground water and supplying the above-mentioned company, were examined. Searches revealed a hidden water pipeline going from one of the wells through the boundary line to the annexed territory in the direction of the factory PJSC Crimean Titan. Hidden and unaccounted water supply was carried out through these pipelines,” the Prosecutor’s General Office stated.

The well could potentially carry 250 liters of water per hour. During the investigations, supplies were documented and stopped. The Prosecutor’s Office is identifying persons who may be involved in setting up the pipeline.

After Russia annexed the Crimea in 2014, water supplies from mainland Ukraine to the peninsula were stopped. Ukrainian authorities repeatedly stated that the water supply would be resumed only after the peninsula is returned to Ukraine.