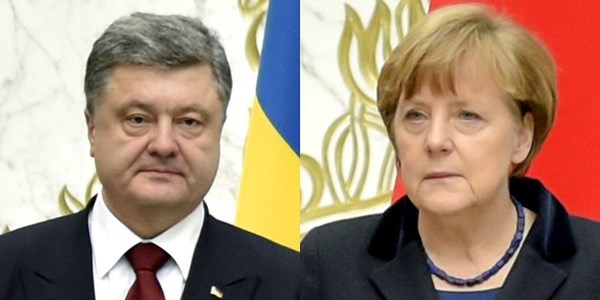 President of Ukraine, Petro Poroshenko, called on the German Chancellor, Angela Merkel, to strengthen sanctions against Russia in connection with the decree on the simplified issuance of the Russian Federation citizenship to residents of the so-called Donetsk and Luhansk People’s Republics. In addition, the Ukrainian President said that Berlin should put pressure on Moscow due to the case of Ukrainian sailors , who were detained in the Kerch Strait in November 2018.

“President of Ukraine Petro Poroshenko and German Chancellor Angela Merkel held a telephone conversation. Petro Poroshenko urged Berlin to support the strengthening of sanctions against Moscow in response to the so-called passport decrees. Also, special attention was paid to increasing pressure on Moscow in order to accelerate the release of 24 Ukrainian sailors,” said the head of the press service of Ukraine.

According to the report, both participants acknowledged the rapid growth of Ukrainian-German relations on a strategic level. Poroshenko said that he appreciates Merkel’s support "in the struggle for Ukraine’s territorial integrity." The Chancellor, in turn, stressed that the elections in 2019 were very transparent and fair, and linked this with the reforms of the past five years.