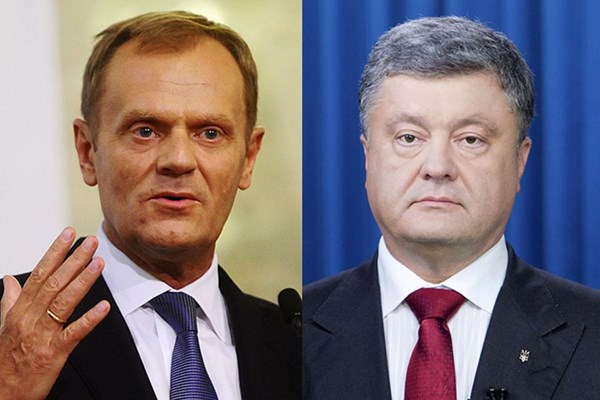 The Ukrainian President’s press service reported that President Petro Poroshenko met with President of the European Council Donald Tusk during his visit to Brussels.

Poroshenko gave Tusk lists of persons and ships involved in this act of aggression. He also offered a list of humanitarian and infrastructure projects in the Azov region that European partners could support.

Poroshenko and Tusk also discussed the situation in the Donbas where they both noted the lack of progress on the part of Russia in implementing the Minsk Agreements, as well as the need to extend sectorial sanctions against the Russian Federation after January 31, 2019.

The presidents agreed to strengthen cooperation to counter external interference in electoral processes in Ukraine and the European Union in 2019. They also exchanged views on the implementation of agreements reached at the 20th Ukraine-EU summit and agreed to continue the discussion at the next meeting of the Ukraine-EU Association Council on December 17.