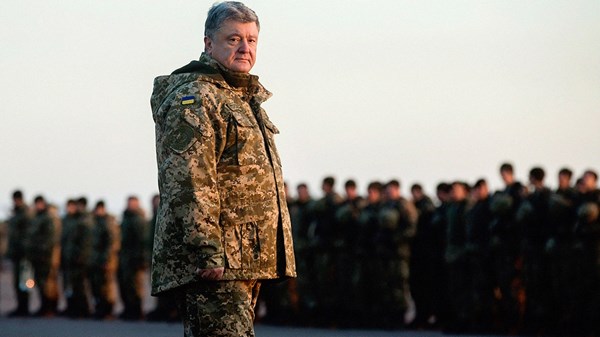 Since 2014, Russia has reorganized its military forces and strengthened its military presence along the border with Ukraine, as stated by Ukrainian President Petro Poroshenko during the meeting with the Ukrainian military in Kramatorsk, Luhansk region, Interfax-Ukraine reports.

As the President noted, the commander of the Ukrainian Airborne Forces Mykhailo Zabrodskyi informed him about Russia's readiness for a rapid invasion of Ukraine.

"In his report, General Zabrodskyi informed me in detail on the military buildup of the Russian Federation along our border and continued presence of Russia's regular troops in the occupied territories... For more than one year, we have been repelling Russia's military aggression on the front line... Several [Russian] motorized divisions are ready for invasion," Poroshenko said.

The President noted that the Russians deployed and reorganized their forces in order to support a rapid invasion both from the north and east of Ukraine. However, Ukraine is ready to repel Russia’s attack if it decides to invade.

"Let Russia know that we are ready to fight back, and we keep 9 grams of lead for everyone who comes to us with a sword," Poroshenko stated.

Poroshenko gave the Ukrainian military the number of Russian troops stationed in the separatist-controlled territories of the Donbas. According to Poroshenko, the Ukrainian Armed Forces in the Donbas are facing two Russian Army Corps with 35.5 thousand soldiers. In addition, Russia has deployed in the Donbas 300 multiple launch rocket systems, 700 tanks, more than 1000 armored vehicles and more than 1000 artillery systems.