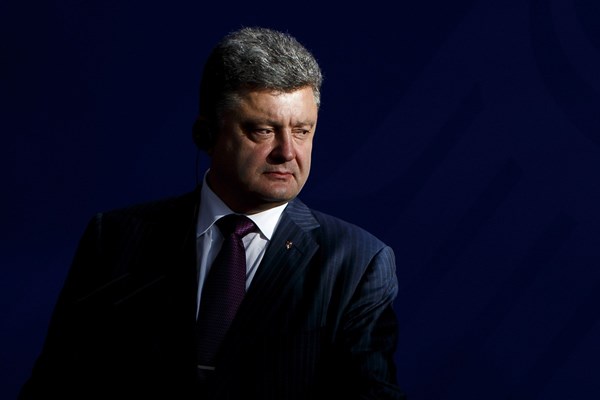 Since 2014, Ukrainian President Petro Poroshenko’s business empire has been overseen by two Ukrainian LLCs, one foreign company, one trust, one government bank and one sole proprietor. This information was disclosed by the National Agency on Corruption Prevention (NAPC) in response to a query from Gleb Kanevsky, chairman of the expert organization StateWatch.

According to the NAPC, since 2005, all of Poroshenko’s corporate rights have been handed over to PJSC Prime Assets Capital, which between 2005-2006 was called the “Closed Non-diversified Corporate Investment Fund of Petro Poroshenko”. The fund’s assets are now managed by the company Fusion Capital Partners, whose founders include the private firms Ocean Invest LLC and LLC Tennis Group “Smash”.

As it turns out, Ocean Invest’s beneficiary is Poroshenko’s old partner Oleh Hladkovskiy, who is currently the first deputy secretary of the National Security and Defense Council. The “Smash” tennis club was founded by the International Tennis Academy, whose ultimate beneficiary is another longstanding partner of Poroshenko’s, Ihor Kononenko, who is also an MP and the first deputy chairman of the Petro Poroshenko Bloc party.

“Thus, one can conclude that the president’s assets are controlled by his friends, who also have high-ranking posts in the government,” Ekonomychna Pravda cites Kanevsky as saying.

Since October 2016, Poroshenko’s shares in Prime Assets Capital, the International Investment Bank and Prominvestbank have been transferred to the State Export-Import Bank of Ukraine, and were previously managed by the private firm LLC Finasta.

The corporate rights to the company Ekran, which is part of Poroshenko’s media-empire, were transferred to the management of LLC Kyrill Bagriy. In the early 2000s, the latter was an assistant in the public beginnings of the scandalous MP Tatyana Zasukha from the Party of Regions.

Poroshenko’s shares in Prime Asset Partners Ltd. were handed over to the management of ACU Investment Management LTD from the British Virgin Islands, which falls under the company Investment Capital Ukraine. One of the owners of the latter is Makar Pasenyuk, who is known as Poroshenko’s personal financier.

It is true that in 2016, large changes were made to the management structure of Poroshenko’s businesses. Prime Asset Partners Ltd. shares were sold to the closed non-diversified corporate investment fund Prime Asset Capital. At the same time, shares in Cill Confectionary Investments Ltd. were transferred to the well-known blind trust Rothschild Trust AG which was created for this by Prime Asset Partners Ltd.

The NAPC also noted that the beneficiary of the trust is now Poroshenko personally.

On April 3, 2016, the German news outlet Süddeutsche Zeitung, together with the Organized Crime and Corruption Reporting Project and the International Consortium of Investigative Journalists, published a lengthy article on the numerous offshore companies used by government leaders, politicians, celebrities and famous athletes. The article noted that Poroshenko has already created three offshore companies for the purpose of restructuring the assets of the Roshen corporation. The Ukrainian President’s representatives explained that he supposedly needed the offshore companies for the pre-sale restructuring of the confectionery business.