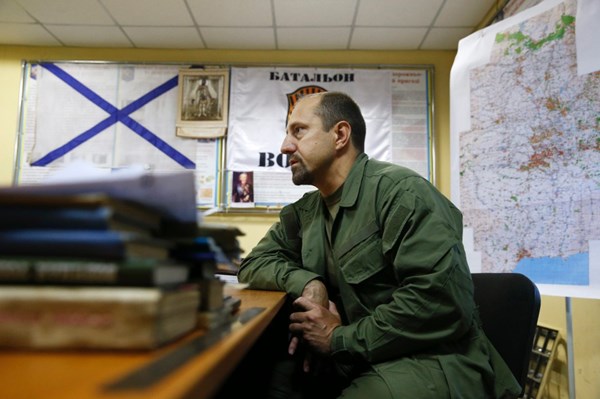 Former commander of the pro-Russian militants in the Donbas, Alexander Khodakovsky, said Russia takes part in the Donbas war and in the life of the unrecognized Donetsk and Luhansk People’s Republics.

In a post on his Telegram channel, Khodakovsky acknowledged that Russian troops took part in the war in 2014. According to him, only Russian troops saved LPR and DPR from complete defeat in the battles with the Ukrainian Army.

"Russia saved us when only a couple of weeks more, and we would have been completely destroyed. I speak as a competent person," Khodakovsky wrote.

He said that all these 7 years, Russia has been fully controlling the "republics", appointing to the key positions the persons it needs, as well as financing these unrecognized entities.

"Russia has a lot of rights in relation to us. It can appoint a "prime minister", "deputy prime ministers" to control its money. It can appoint the chairman of the "People's Council", who voted in the Verkhovna Rada against us when we were already at war. Russia can do a lot of things," Khodakovsky said.

Russia itself categorically denies its participation in the war in the Donbas, insisting on the role of a "mediator".

Khodakovsky founded the Vostok battalion and became its leader. He was later removed from all official positions in the so-called Donetsk People’s Republic (DPR).

Khodakovsky supports the idea of the Donbas accession to Russia.