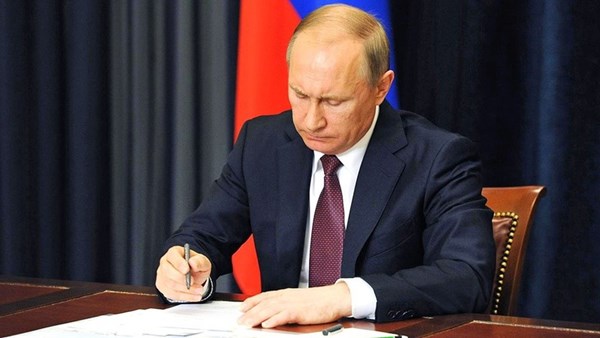 The decree requires that international transport of goods by road and rail from Ukraine to Kazakhstan must go through Russia via Belarus. Also, vehicles and railway cars used for transport must be sealed and use the GLONASS navigation satellite system.

In July 2016, Putin made changes to the decree, according to which the rules for the import of goods from Ukraine through Russia extend not only to Kazakhstan, but also to Kyrgyzstan.

In September 2016, Ukraine sent a request to the WTO to hold consultations with Russia about these restrictions. In its complaint, Ukraine estimated that the reduction in exports of Ukrainian goods to the markets of Central and Middle Asia and the Caucasus in the first half of 2016 because of such actions by the Russian Federation was 35.1%, including a 45.5% reduction of exports to Kazakhstan.