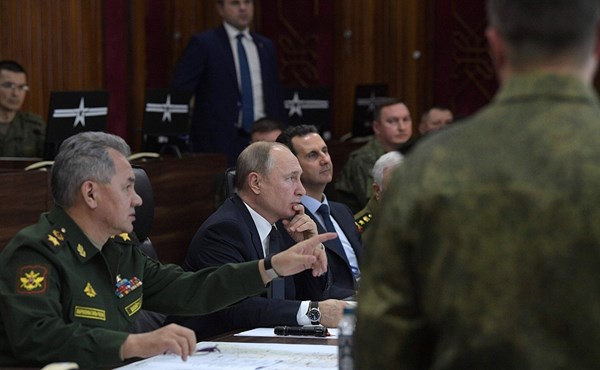 Russian President Vladimir Putin made a visit to Syria on Tuesday, January 7, the Kremlin announced on its official website.

From the airport, Putin went to a Russian command point, where he met with Syrian President Bashar al-Assad.

“The heads of state listened to the military’s reports on the state of affairs in various regions of the country. Later there were bilateral negotiations between a Russian and a Syrian delegation. While talking to Assad, the Russian President remarked, among other things, that it can now be stated with certainty that a great distance has been covered on the road to restoring Syrian statehood and the territorial integrity of the country,” the report states.

“The Syrian President thanked Russia and the Russian military for its assistance in the fight against terrorism and the restoration of peaceful life in the republic. The Syrian president gave warm Christmas greetings to Vladimir Putin and the Russian people,” the Kremlin reported.

Turkey suspended its military operation in Syria on October 17 last year after lengthy negotiations between US Vice President Mike Pence and Turkish President Recep Tayyip Erdogan. Ankara and the Kurdish armed groups later accused each other of violating the ceasefire.

On October 22, 2019, Putin and Erdogan agreed to extend the ceasefire in northern Syria. On November 26, President Erdogan announced that the operation will be continuing until the set goals have been achieved.