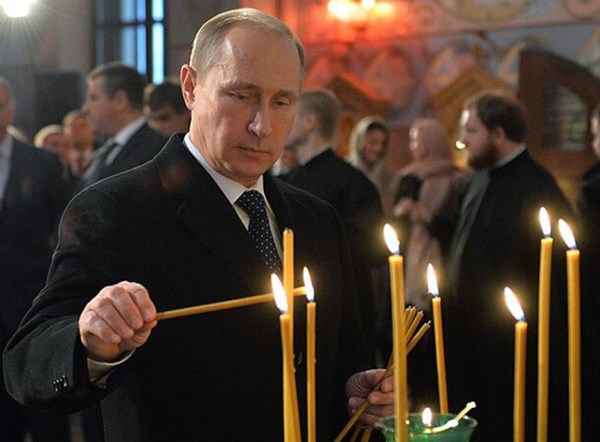 Russian President Vladimir Putin left on Wednesday for his annual trip to Valaam.
The Kremlin’s press service reported that Putin “attended a solemn liturgy at the Valaam Monastery Transfiguration Cathedral, which was conducted by Kirill, Patriarch of Moscow and all Rus, and then walked along the cloister with the Patriarch”.

The visit took place on the church memorial day for the miracle-workers Venerable Sergius and Herman. Last year on July 11 the Russian president also traveled to the island and spent two days there, TASS notes.

On July 16, Putin will meet with US President Donald Trump in Helsinki. Trump intends to bring up the topics of Ukraine and of Syria, where Russia is not complying with the agreements on the southern de-escalation zone, US Secretary of State Mike Pompeo told Sky News Arabia in an interview.
“We had an agreement with the Russians that they would not move in the south. There was a de-escalation zone that the Russians had agreed to. They now have clearly violated that… We are working with all interested parties in order to convince the Russians, Syrians and Iranians to fulfill their political obligations,” TASS cites Pompeo as saying.

Trump also intends to touch on the oil price, sources in the US administration told Bloomberg.
Sources in Moscow reported that Russia is prepared to discuss the matter, and believes that Trump will talk about additional oil extraction in order to lower the petrol price ahead of the November Congress elections.