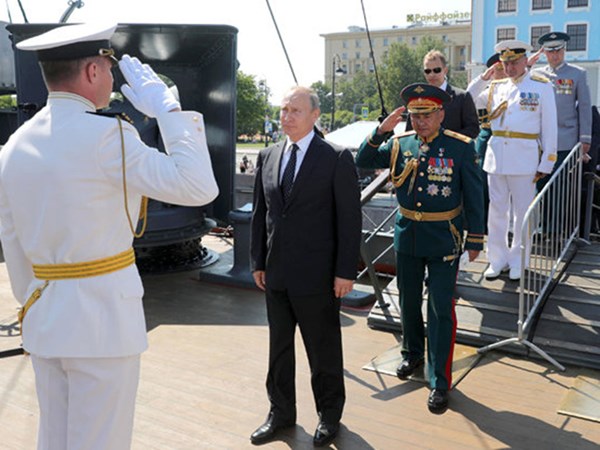 “Overall, in 2018 the fleet is scheduled to acquire 26 new ships, boats and vessels, including four ships with Kalibr missile systems,” Putin said during his speech.

According to the Russian president, since the start of the year, four ships – one anti-sabotage boat and three supply vessels – have already joined the Navy.

“This is a huge achievement by the employees of our ship construction sector, the result of their professionalism and responsible attitude to the task,” Putin said, after pointing out the rapid rate at which the Navy is being modernized.

The Russian president also added that the modernization and re-armament of the Navy should drive a “technological breakthrough” for Russia, since the Navy is the first to assimilate the achievements of science and engineering.