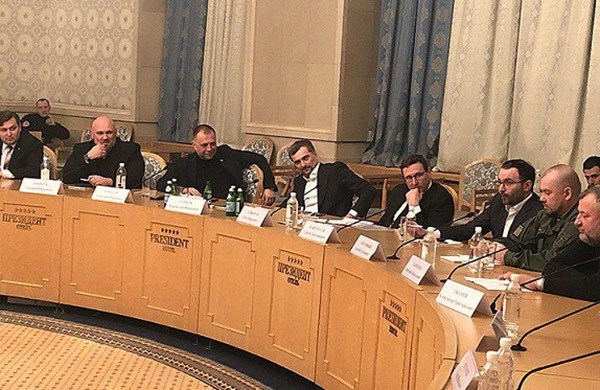 On Friday, February 15, the so-called “Council of Donbass Volunteer Commanders“ congress was held in the President-Hotel in Moscow. The Assistant to the President of Russia, Vladislav Surkov, as well as the former leader of the Donetsk People's Republic (DPR), Alexander Borodai, attended the congress, as reported on the “Union of Volunteers of Donbass” website.

“In the midst of the election race, you can expect anything from Kyiv. Should the situation require it, we will mobilize volunteers as soon as possible. As a union we are ready for this,” said Borodai at the meeting.

“It is obvious that sooner or later we will have to finish the work we started. Ukraine at any time can make any moves, including the “big war.” Our task is to support mobilization resources. At the moment there is no need for volunteers in Donbas, but it can change at any time, and we need to be prepared for this. I personally believe that we will have to put an end to the issue by military means. However, this does not mean that we do not have "peaceful problems”, Russian journalist, Alexandr Kots, quoted Borodai’s words in his telegram channel.

The congress covered a number of issues, including the current situation in the Donbas, and paid respects to the memory of the "DPR" field commander Mamaia, killed in May 2018.

At the beginning of the Donbas conflict Borodai was "the Prime Minister of the DPR". In August 2014, he resigned and left Ukraine for Russia where he currently leads the “Union of Donbass Volunteers”.

Surkov is considered the curator of the DPR and the Luhansk People's Republic (LPR). He takes part in negotiations for a peaceful settlement in the Donbas with the U.S. Special Representative Kurt Walker.