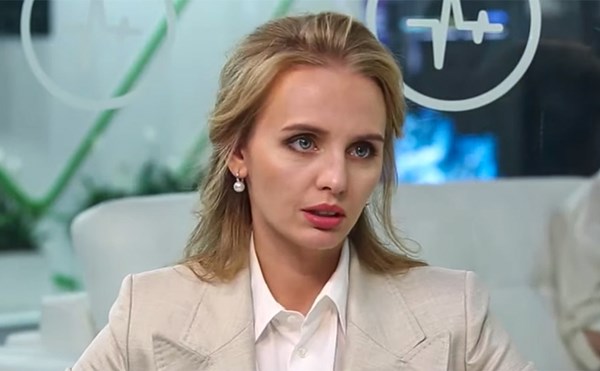 Rosneft and pediatric endocrinologist Maria Vorontsova, who is believed to Vladimir Putin's eldest daughter, will lead the "accelerated development" of genetic technologies in Russia, and will spend up to $1 billion for this purpose, reports BBC.

According to the publication, in early March, Russian Deputy Prime Minister Tatyana Golikova and the head of the oil company Rosneft Igor Sechin signed a cooperation agreement for "accelerated development of Russian genetic technologies" and "achieving the position of one of the leaders" in this area by 2027, as well as "reducing the critical dependence of Russian science and industry on foreign databases of genetic and biological data." A large research center will be built as part of the project. Rosneft is tasked with establishing such a center in the form of an autonomous non-profit organization, developing and financing it, and the government is committed to providing land for construction and providing all possible assistance.

The day before, the non-profit organization Russian Genetic Technologies was registered at the address of Moscow, Shabolovka, 10, where the oil company's office is located. Konstantin Severinov, a well-known biologist and adviser to Igor Sechin, became its director. The non-profit supervisory board will be headed by Igor Sechin. It will also include Deputy Prime Minister Tatyana Golikova, presidential aide Andrei Fursenko and Maria Vorontsova, who is called President Putin's eldest daughter.

A source in Rosneft's management told the newspaper that the oil company will spend $200 million a year on the development of this non-profit. "This is a project of the president's daughter - they will give everything they need," the source told the BBC. In total, the oil company will allocate between $500 million and $1 billion for the project over the next seven years, said another source familiar with the details of the government-Rosneft agreement.

According to the newspaper, Vorontsova can lead the project to create a new center for genetic research. As Bloomberg previously wrote, she has long been interested in genetics and in April 2019 even held a non-public meeting with leading Russian geneticists, which discussed the editing of human DNA. At the same time Vorontsova joined the council on the implementation of the Federal Scientific and Technical Program for the Development of Genetic Technologies.

The research center will be allocated on the Vorobyovy Gory, next to Moscow State University, which is headed by Katerina Tikhonova - according to the media, the youngest daughter of President Putin.